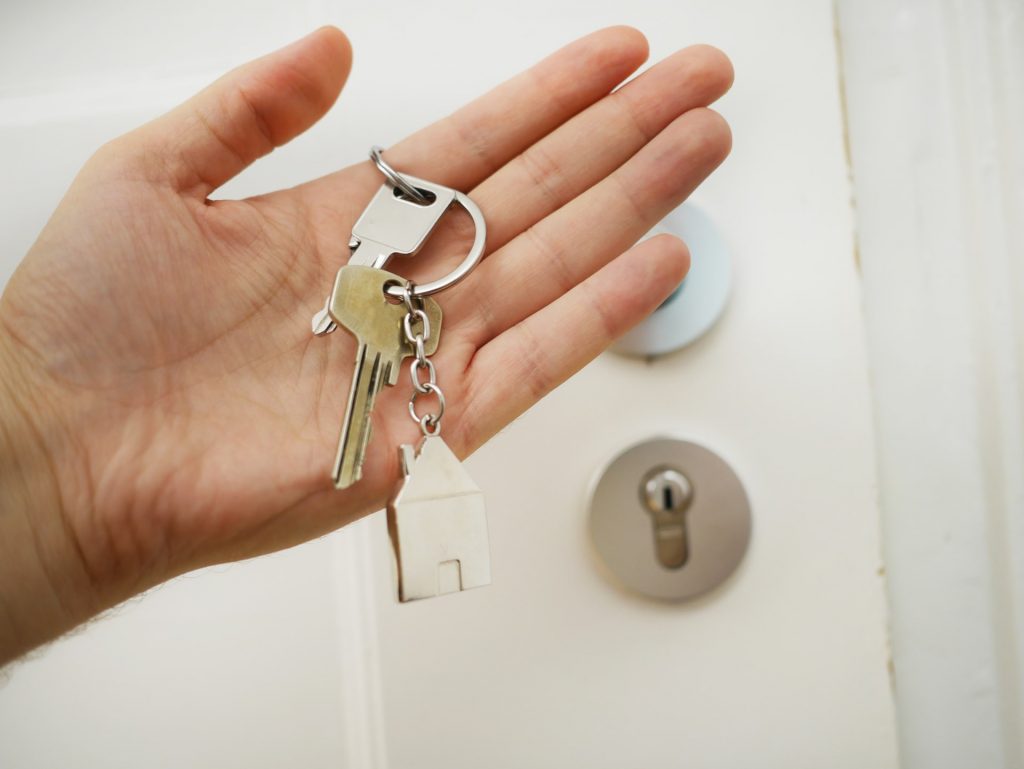 Kimberly Kesterke’s real estate investing did not start because of a well-made plan or long hours of careful pre-planning research. She didn’t have a real estate background or have any family working in the industry. Her REI emerged from circumstance and self-education.

In 2006, she bought her home in Augusta, GA, and by 2008, the economic downturn caused the property to depreciate $30,000. Kim was planning to move to another city more than three hours away to pursue a new job.

She didn’t want to take the loss and decided to rent it out.

“I became an accidental landlord,” Kimberly said. She managed the rental herself from afar while working her full-time job several hundred miles away.

From there, Kimberly learned how to handle her property by putting systems in place and setting expectations.

“I learned it was doable from a distance,” she said. “And it’s a great way to make passive income.”

A few years later, she looked at her rental market and realized she was getting above market rates. Kimberly began thinking about investing again and checked around the neighborhood for duplexes and triplexes for sale.

“I think it helps to spread out the money and the risk,” Kimberly said of seeking out multifamily houses. “If you have to save up and put 20 percent down, now you’re getting two doors instead of one and two tenants instead of one. One side can pay for the mortgage and the other side can do the cash flow.”

Kimberly used conventional loans to buy her next few properties. She took real estate classes with her local real estate investing association (REIA) and learned about other methods to acquire properties, such as “subject to” and seller financing.

Today, Kimberly’s 20-door portfolio cash flows six figures while she works a full-time job and has a family. It was about a 10-year process that Kimberly said she worked up little by little. Up until November 2020, she self-managed her rentals.

“It’s been a slow, steady strategy rather than leverage as fast as I can to get as many as I can. I’m pretty risk averse and wanted to master a strategy before moving to another one,” Kimberly said.

When she self-managed her properties, Kimberly set up a network and a system of communication to triage issues and help the tenants help themselves as much as possible.

“I had my particular set of people to call to get in touch with the tenant. The process worked from a hair on fire event to ‘I have a leaky toilet.’ It was [the tenant] managing the communication not me,” she said.

Kimberly set the expectation that she would respond in 24 hours if a tenant submitted a request via email or text. For emergencies, she had tenants contact someone more local to address issues more expediently.

She would show the tenant how to turn the water off in the event of an issue whether with the toilet or if a main had to be shut down at the street. Kimberly provided phone numbers for local utilities and had a plumber on-call to help. She instructed tenants to call 911 for fire. Sometimes, Kimberly made videos or provided links to some. Eventually, she turned over the responsibilities of educating new tenants to a contractor or handyman.

Kimberly has a job in software sales where she earns both a salary and a commission. She works for a startup company and enjoys the challenge it offers.

She considers herself financially independent, defining it as “the freedom to choose the life you want to live whether it’s to travel the world or be with my daughter at cheer and be present.”

Kimberly doesn’t have a number of properties or a cashflow goal that will trigger her to leave her full-time job.

“I’ve got the architecture to quit,” she said. “But, I don’t plan on leaving [my W2] any time soon. I think the moment that it’s not fun anymore or not a challenge anymore, then I can choose.”

How Does She Do it All?

Kimberly continues to educate herself and network. In addition to recently earning her real estate license, she hosts a Facebook group called W2 Real Estate Investors: Tools & Strategies for Financial Independence, runs a website called The W2 Landlord and published book called the 30 Day Back to Basics Challenge for real estate investing.

Her decision to hire a property manager came out of a meeting with another investor in her market.

“I realized she had way better connections and a way better network. If I wanted to continue scaling my business, I needed assistance and help,” Kimberly said of the arrangement.

Kimberly said she is saving 25 percent a month on each property with someone else managing them. But on top of that, it frees up her time to grow and expand her real estate business.

“The key with having a full time job and doing a lot is to figure out what you really like doing and where you need help. It’s really impossible to do it all,” she said.

In It for the Long Haul

Kimberly calls real estate her hobby that she says she grew in “micro improvements.”

“It’s all in the tiny little 15 minute increments. Making the effort is worth it in itself,” she said. “It’s not taking weeks off at a time. You can squeeze it in a little at time.”

One example is how Kimberly earned her RE license. She said it took her about a year and she would study while watching her daughter enjoy time at a playground.

Another is how she started investing – first with traditional financing and using the buy and hold strategy. She recently began looking outside of Georgia to invest and has one property in North Dakota and another in New York. Kimberly plans to deploy lease option programs that would allow the renters the choice to purchase the property within a certain period. This strategy also removes responsibility from Kimberly to manage the property as the renter is generally responsible for maintenance under these terms.

Kimberly doesn’t feel pressure to quit her job or hit a certain financial target with her real estate investing. She takes it in stride and will continue doing both until she decides she needs a new challenge or is tired of an old one.

“I went to a closing the other day. The other real estate agent was dressed to the nines and was probably around 78 years old. I was thinking this lady is so successful because she’s been doing it for 40 years. It wasn’t overnight,” Kimberly said.