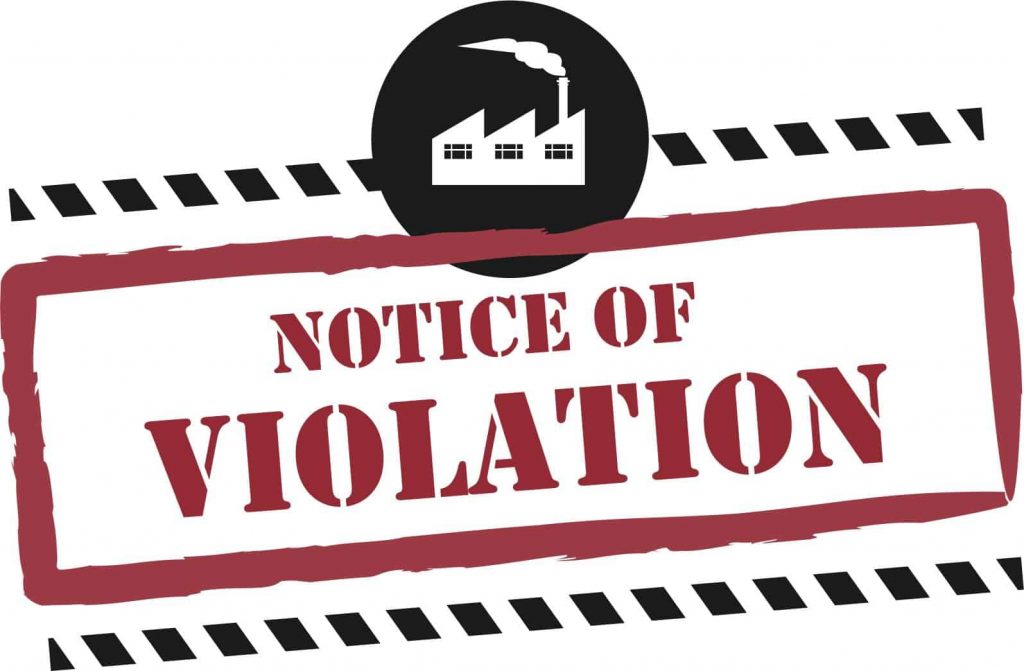 We purchased our fifth property in the Oklahoma City market at the end of January. The process took longer than usual as the house had a quiet title on it. It required that the owner resolve the issue and involved working through the process in a court.

A few weeks ago, we received a notification of taxes owed on the property. This confused us: wasn’t that supposed to be settled at closing?

Chad reached out to our real estate agent to see if he could help us understand where it might be coming from. It turned out it was some kind of nuisance violation that the previous owner had not resolved.

The City had found the property “unsecured” and issued a notice for the owner to fix a broken window. It was sent out in November 2020. The owner had until Dec. 22, 2020 to remedy it, or a lien would be placed on the property. December 22 was the date that government officials met and decided whether to move forward with liens. For this property,  it meant it was declared unsecured and notice of a pending lien was sent out on Dec. 31. The intent of the lien was on public record at this point. However, no dollar value had been assigned to it.

The pending lien meant another deadline was sent to the owner that said if the window wasn’t fixed, the City would hire a contractor to complete the work. The lien on the property would be for the cost, plus interest and fees for the time of government officials to remedy the issue.

In mid-January, a contractor was hired by the City and the window was fixed. The owner was sent the bill/lien on January 22. We closed on the property on January 27.

Our title search did not bring up this lien. We purchased the property in cash. However, part of the cost for the title company did include title insurance. Title insurance usually protects the homebuyer from common title risks that can include conflicting ownership claims, outstanding liens and lawsuits, flawed records or undisclosed easements or other agreements that may limit the usage or value of the property.

How did we learn about how everything unfolded? We called the number on the nuisance violation and I spent about 30 minutes on the phone with a very nice woman from Oklahoma County Code Enforcement who explained the entire process.

In addition to lien for the work done to fix the window, an abandonment lien was placed on the property. This allows the City to bill the homeowner if any city services (police, fire, etc) have to be deployed to protect the property. The abandonment lien can only be resolved once the unsecured lien has been paid. I couldn’t find anything very solid about the law in Oklahoma, but if a property owner doesn’t respond to a lien within a certain period, usually around 30 days, government can deem a property “abandoned.” As far as I know, this means some more forms to fill out and potentially other government fees to process the paperwork.

Because a lien was filed on the property, it was taken out of  the Code Enforcement agency’s hands and into the County Treasurer’s office. The original cost was about $365 to fix the window. Then a fee of $5 was placed on top of that and then $10 in interest. In total, we owed about $380. Our renovation plans included replacing windows at the house and the cost per window is about 20 percent less than the City contractor’s.

Rather than wait to find out how the interest was calculated or how what City service fees would rain down on the property because it was “abandoned,” Chad and I decided to pay the lien that day. That day happened to be last Friday so the payment won’t clear until Monday. Thereafter, I’ll be able to send my proof of payment to the County and request the abandonment lien be removed.

I will also be in touch with the title company to find out if and how we are eligible to activate our title insurance to cover the costs of the tax lien and removal of the abandonment lien.

Once this is resolved, I will post how we did it. Stay tuned!

Do you have a story about a lien found on your property after the purchase? Post a comment below or email mama@msfiremama.com.